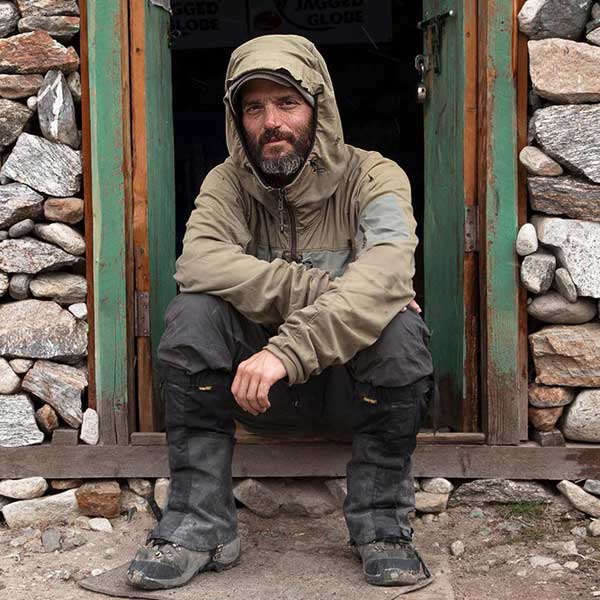 New York, NY
Doug is a Mountain Photographer and has made it his passion to travel to the great mountain ranges of the world to shoot them in larger-than-life detail. His journey has taken him to Nepal, Pakistan, the former Soviet Republics, and Western China where he has spent eight years perfecting his setup specifically for mountain photography.

"It’s hard to describe the feeling of standing among the giants of the earth - these places talk to me in spiritual ways and I painstakingly create these images in order to translate the emotional awe of being in their presence."

"When I look at mountains something comes alive inside - a surge of motivation to find the perfect place to meticulously capture the interplay of light on the surfaces, the ice in its endless corrugation from the wind, the jaw dropping scale. The fact that they are here, yet completely inaccessible, makes me feel like I am touching the divine on earth. A cycle begins here and witnessing its inception is breathtaking. The mountain forms stand as messengers showing a higher order, each one its own universe with its own character, personality, and story. I try to quiet myself and listen."

"Out here is a place I go to feel free and simplified; my internal state mirrors my surroundings. An order rules here that appears larger than the one created by mankind and I find a grounding perspective in the stillness. The mountains stand as symbolic guardians, strong enough to hold my human flickering and uncertainty. I try to convey this sensation with every image I make."

Doug's work has been featured in charity auctions for Nepal Relief and he has also had a solo show, “MOUNTAINSCAPES” in New York City. His work has been featured in magazines including Alpinist and Outside Online and has been used by the world’s most prestigious corporations including Apple. When he's not living out of a tent among the mountains, Doug bases out of an organic farm in upstate New York.