Its resolution is 1,623% greater than a typical fine art photograph.

Dusk On The Palouse 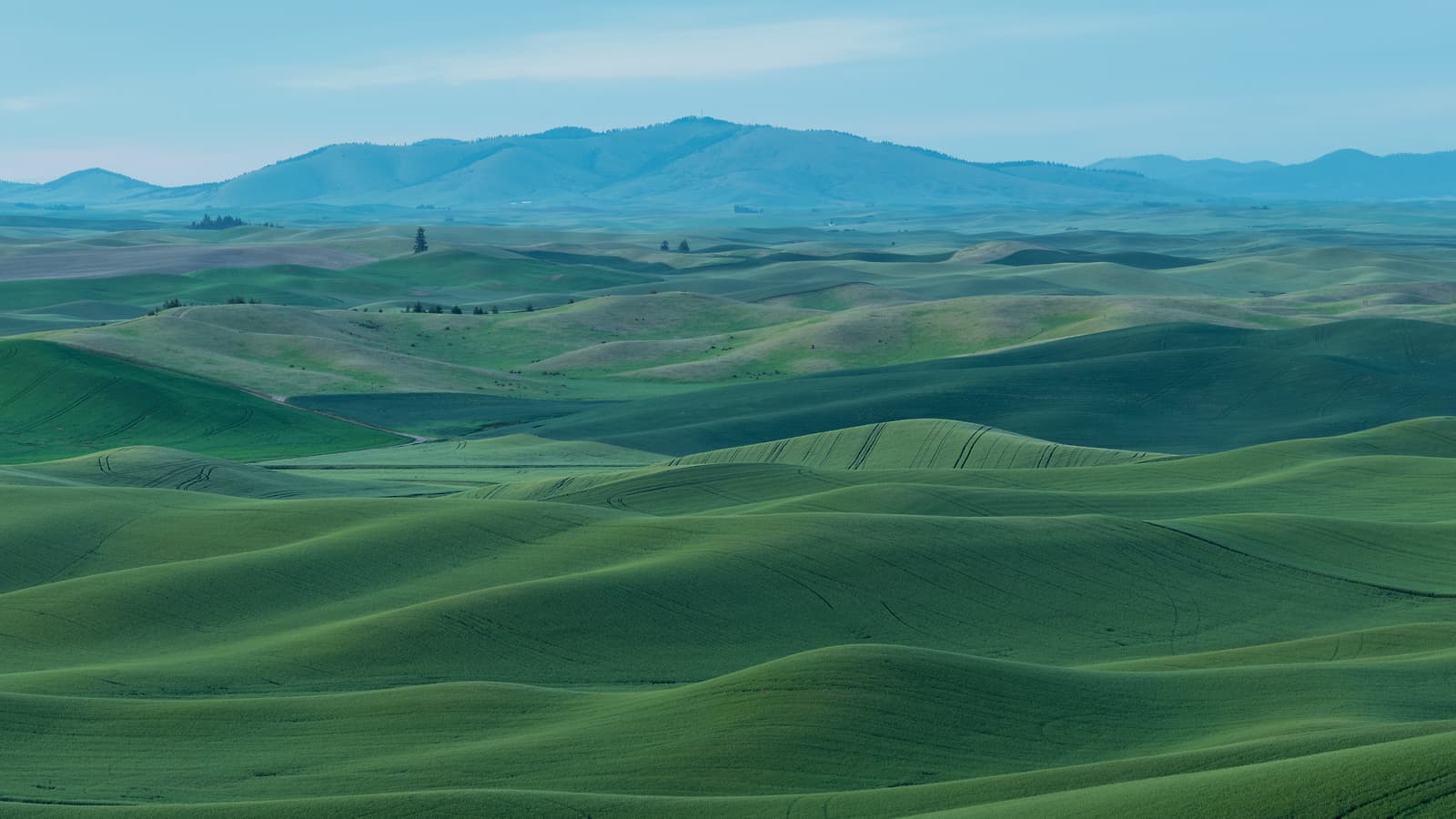 Dusk On The Palouse 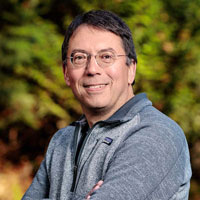 This was the last image for the day. I had passed this location dozens of times before over the years but had not "seen" this image until I pasted it as the light was fading. I finally saw what I was looking for and stopped, backed up and began quickly setting up my gear. I was one of the crazy guys running around with his head cut off getting ready to make an image before the scene got too dark to work with. In my minds eye I had already composed it, I just needed to focus and begin the series. I was afraid that there was going to be some serious light fall off as the light was fading fast. I feel lucky to have completed the series before it was too late.
This is not the typical view from Steptoe Butte but I feel it shows the Palouse the way I want to see it. The rolling hills, the soft light of dusk and the endless layers of hills.
When I think of the Palouse I think of windy roads, old broken down barns and lonely windmills but most of all I think of endless rolling hills of green in early Summer. It's often hard to compose an image that looks "simple" when there is so much complexity in the contours and hues of the different crops. Looking at a scene and seeing the image takes time in the Palouse, its a bit different than looking at a mountain reflecting into a lake.
I hope you enjoy this image, I enjoyed making it. 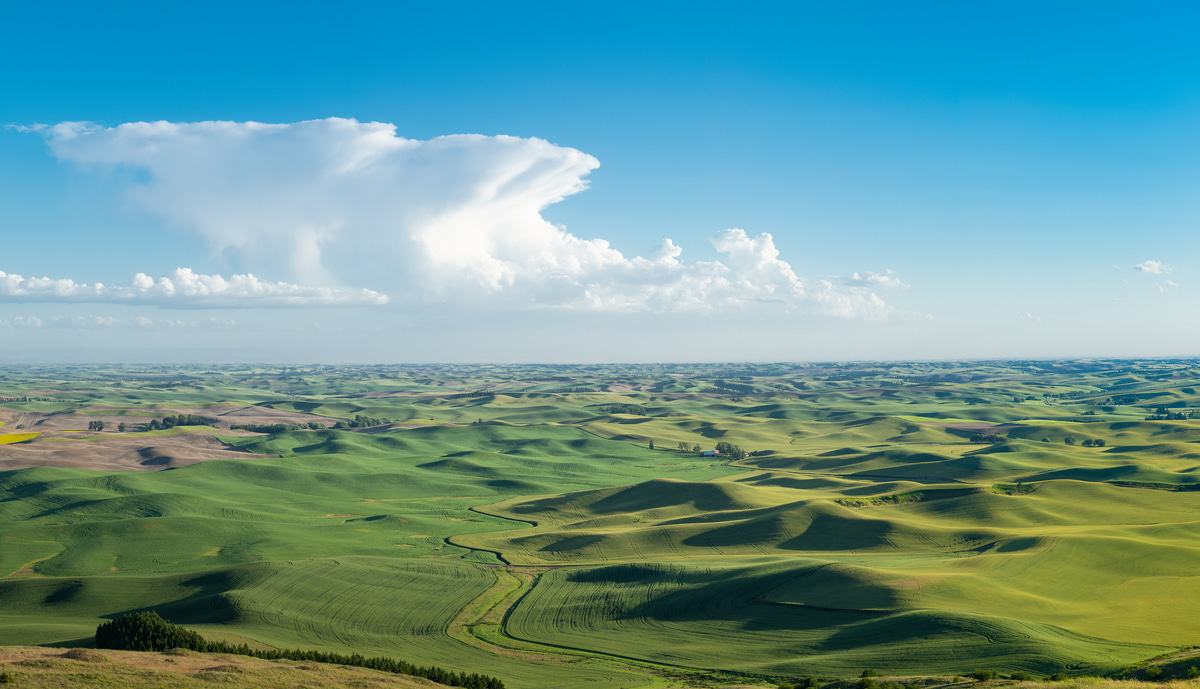 Its resolution is 1,623% greater than a typical photo.