SHOP
Disable this screen
on all pages
This VAST photo is
385% HIGHER RESOLUTION
than a typical photo.
BUY 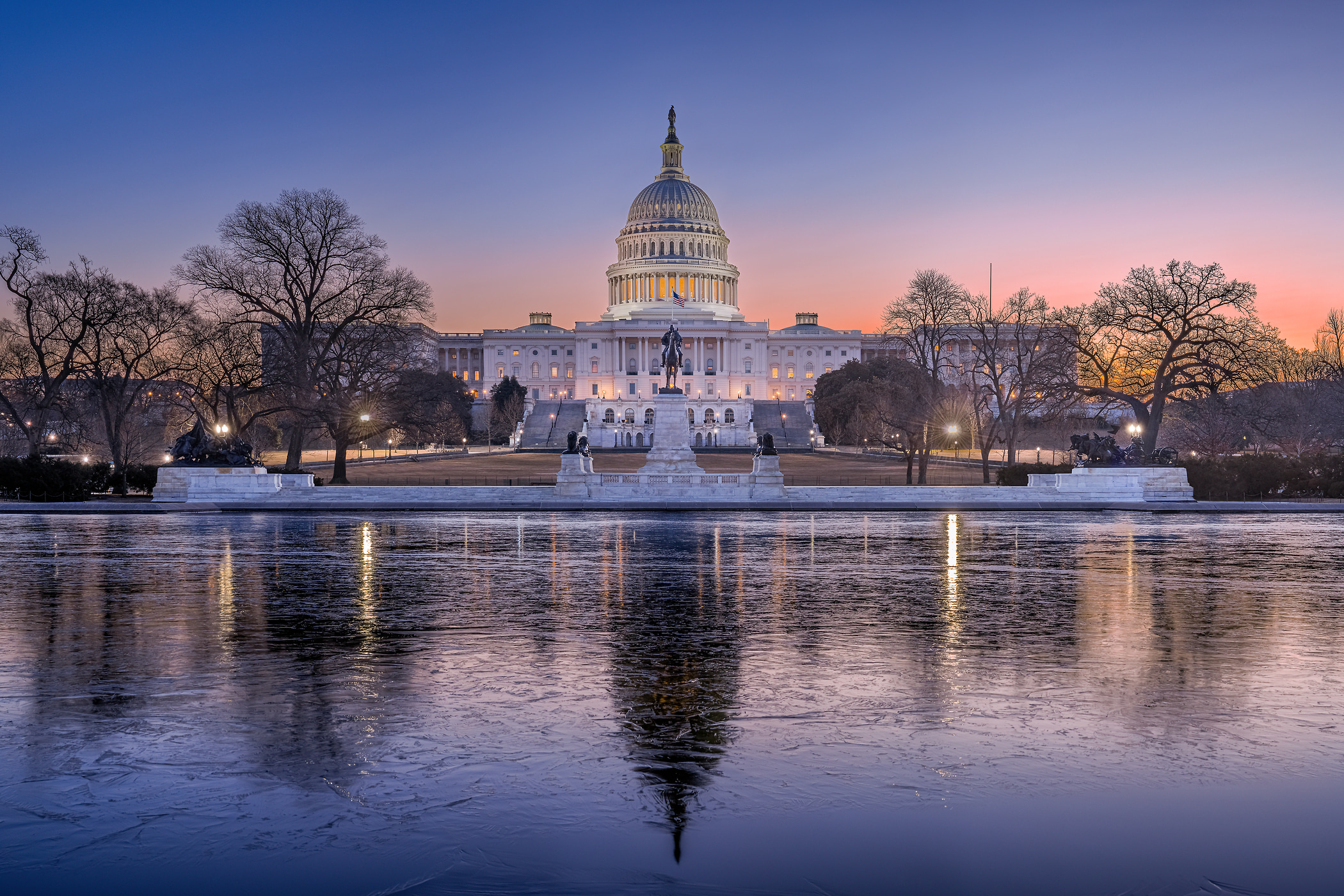 The United States Capitol Building, home of the United States Congress and legislative branch of the federal government. With its distinctive neoclassical style architecture, it was originally completed in 1800. It has been expanded over time with the Capitol Dome and completed in 1863 after being adorned by the Statue of Freedom that sits atop the dome. Arguably the most recognizable building in the United States, the Capitol Building attracts millions of visitors per year. The Capitol Reflecting Pool, six acres in size, was completed in 1971. At the eastern end of the National Mall, it occupies the area called Union Square, and includes the Ulysses S. Grant Memorial.

This image was created by merging three input images from my high-resolution camera, each of those images comprised of three photos with different exposures to capture the dynamic range of the sunrise and to recover details in the shadows. The end result allows for large format fine art photographic prints of the U.S. Capitol Building to view at a close distance.

I’ve wanted to capture the U.S. Capitol Building from this direction (looking east) with a vibrant sunrise along with a perfect reflection in the Capitol Reflecting Pool for a long time and it’s proven to be quite a challenge. I’ve made many an early morning visit with the hopes of the "stars aligning" to have the components I envisioned all come together and it has eluded me. Weather conditions aside, for years the Capitol has undergone restoration and is under scaffolding which allows for short windows to capture the building in its purest form. It was during one of those windows I was able to capture this photo.

I don’t know if there is science to back up my theory, but I think at the point just before freezing the water is calmer. During the winter I keep an eye on the weather looking out for cold days with low winds to make my attempts. While I didn't get the shot I originally planned, I walked away feeling very satisfied to capture this image with the ethereal feeling as the sun started to creep over the horizon and the ice in the Reflecting Pool began to break up. Winter sunrises in Washington, D.C. are some my favorite times to photograph these iconic sights. With few people, it’s a special time to explore the monuments as the city comes to life. 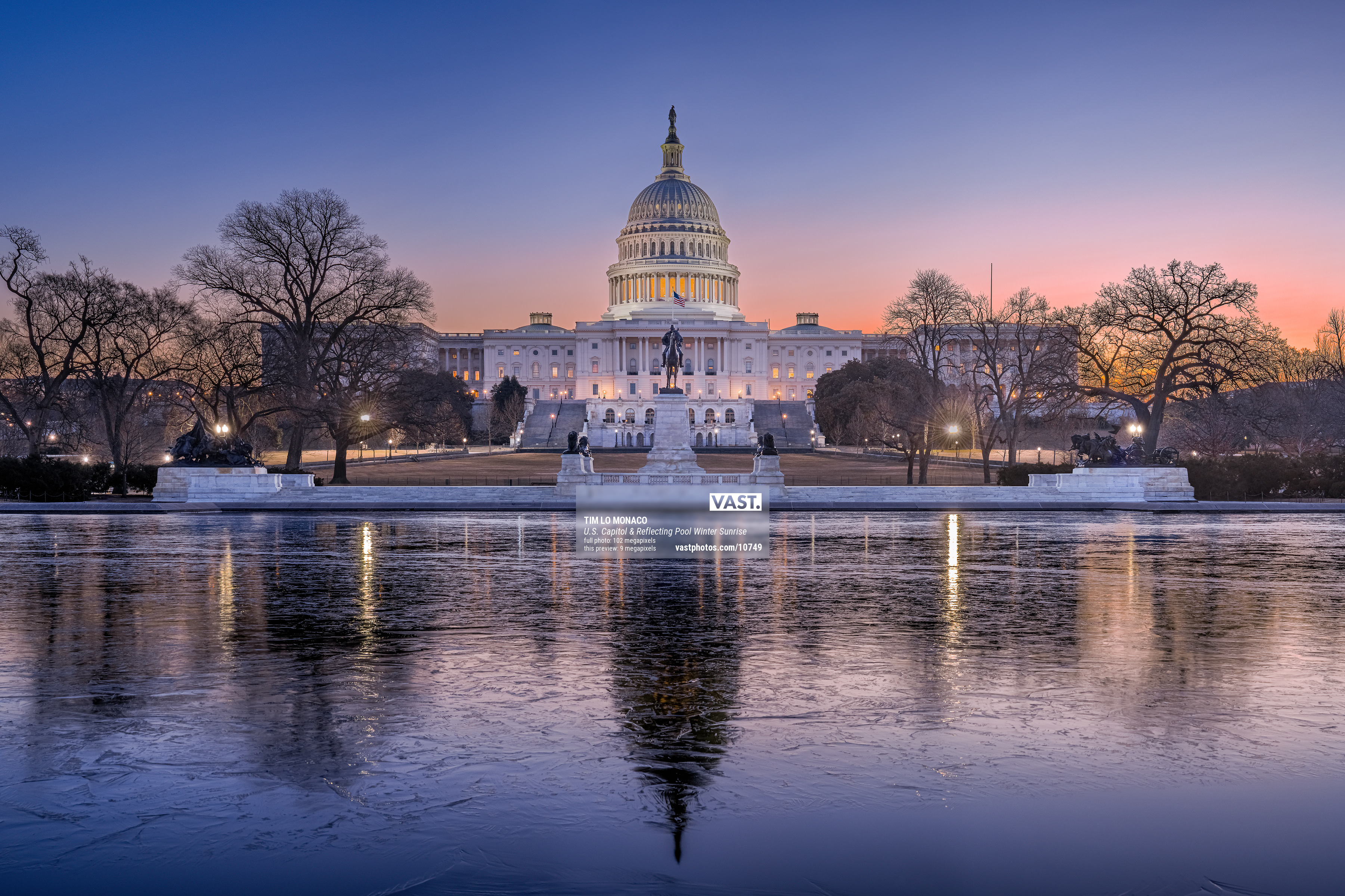