SHOP
Disable this screen
on all pages
This VAST photo is
4,433% HIGHER RESOLUTION
than a typical photo.
BUY 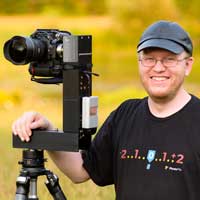 A lot of effort goes into a VAST photo, especially at sunset with rapidly changing light and in a harbor with moving boats and waves. There are several stages of work to any good photo: planning, shooting, post-processing, printing / display, and with panoramas you have to add stitching and blending of course. The planning phase is probably the most critical for a successful stitch later though. Location and time of day are obviously two important steps of planning, as is choosing your subject and field of view to know what focal length and aperture would best isolate your subject or place your subject in its environment. You may even have several subjects in a wide landscape. In this scene, the color of the sky, the reflection on the water, and the people getting off the boat on the pier were what I chose to be my focus. I let the railing and edge of shoreline be the natural border of the scene. I don’t always center my horizon line, but for a reflection it emphasizes the mirrored effect and it juxtaposed the dipping arch of the boats in the foreground lined up left to center below the horizon and the rising arch of the hill in the background from center to right above the horizon. The swooping S through the scene helps break up the centered horizon line.

Next was choosing my focal length, once I knew how much of the scene I was going to shoot. The horizontal angle of view was 160° wide, and it would take a non-existent 3.2mm lens to cover such an extreme angle, so it goes without saying that stitching multiple photos was obviously going to be the answer. But what focal length? 40mm would have covered the vertical field of view with a single row in portrait orientation and taken 6 images to reach 158° wide with a 25% overlap, but the resolution would only be 167 megapixels and I wanted much more detail, especially of the people on the distant dock. On the other hand, at 200mm it would have taken 31 columns of 6 rows for a total of 186 images and the stitched panorama would be 4.3 gigapixels, but I didn’t feel I had enough time with the people leaving the dock and setting sun to capture that many images. I also had moving boats and waves to contend with. In the end, I settled on 110mm and here’s the critical reason why: it captured the full mast and reflection of the tallest boat in the harbor in a single image, which would make masking and deghosting MUCH easier in post-production later when stitching and blending. It also meant I could capture the entire scene in 51 images (17 columns of 3 rows) before the light disappeared. I turned every 10° horizontally and 15° vertically for about a 39% horizontal overlap and 38% vertical overlap so I would have plenty of material for blending and deghosting moving boats and waves. It took about 6 minutes to capture all the images so the light was fairly consistent and the clouds didn’t move far. I started in the lower left hand corner and zigzagged so I would be shooting the darkest area first and the brightest area last for more even lighting, since the light was fading and the scene was getting darker. I would do the opposite for a sunrise panorama. The final, cropped image wound up being 65899 x 19926 or 1.3 gigapixels, so it was a good compromise and I still hit my goal of a gigapixel.

The hyperfocal distance of a 110mm lens at f/8 is 50m where everything from 25m to infinity should be acceptably sharp. This assumes a much smaller print size than zooming into 100% in a VAST photo though. I probably should have chosen at least f/11 or f/13 for more depth of field, but I was also down to 1/20 shutter speed and up to ISO 200 for an exposure and I didn’t want to raise my ISO to 2500. I couldn’t go with a longer shutter speed either without blurred boats from the waves. So I chose f/8, focused on a boat in the middle of the harbor (30m away), took a couple near and far test shots, and confirmed it was an acceptable compromise. Everything in photography is a compromise, as Joe DiMaggio is fond of saying! 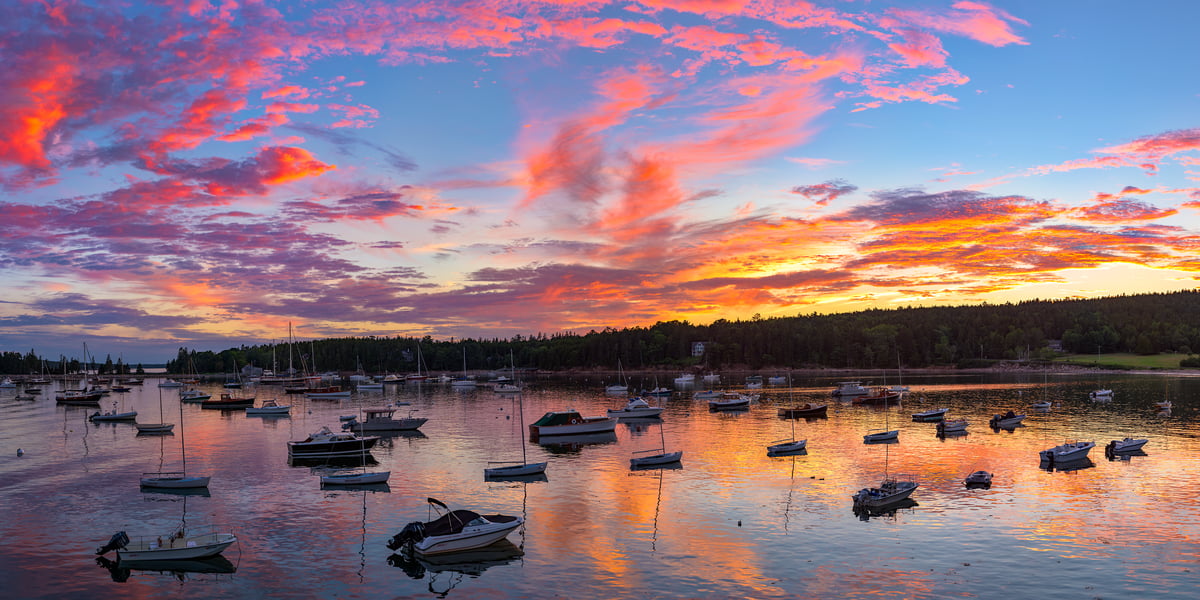 Its resolution is 4,433% greater than a typical photo. Click on the boxes below to zoom in. 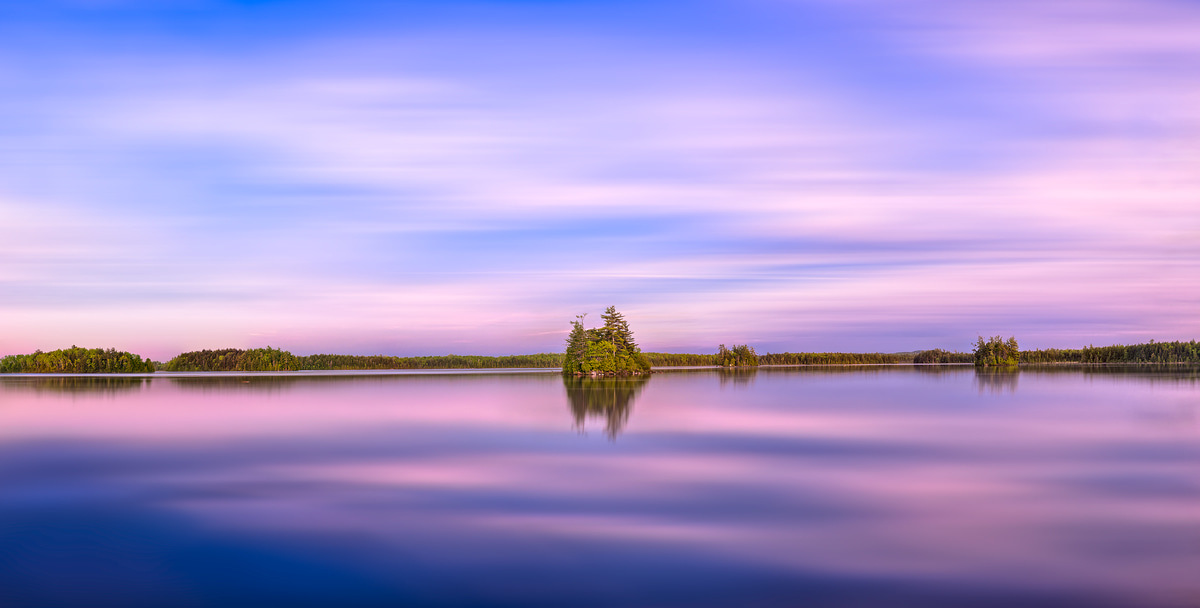 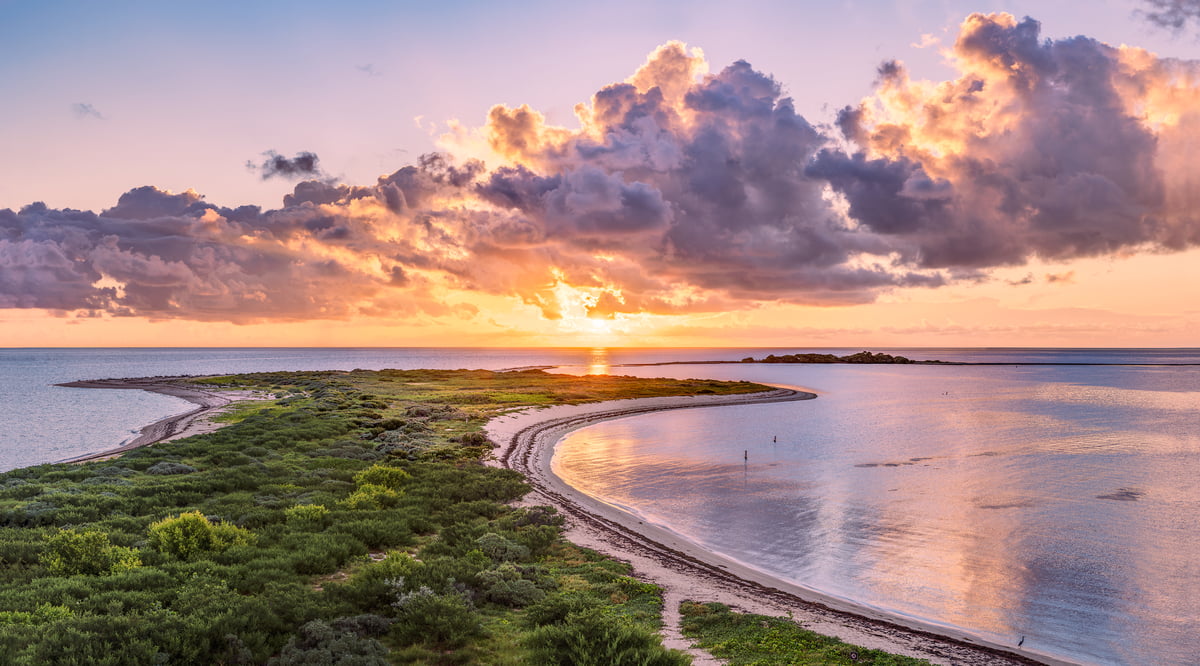 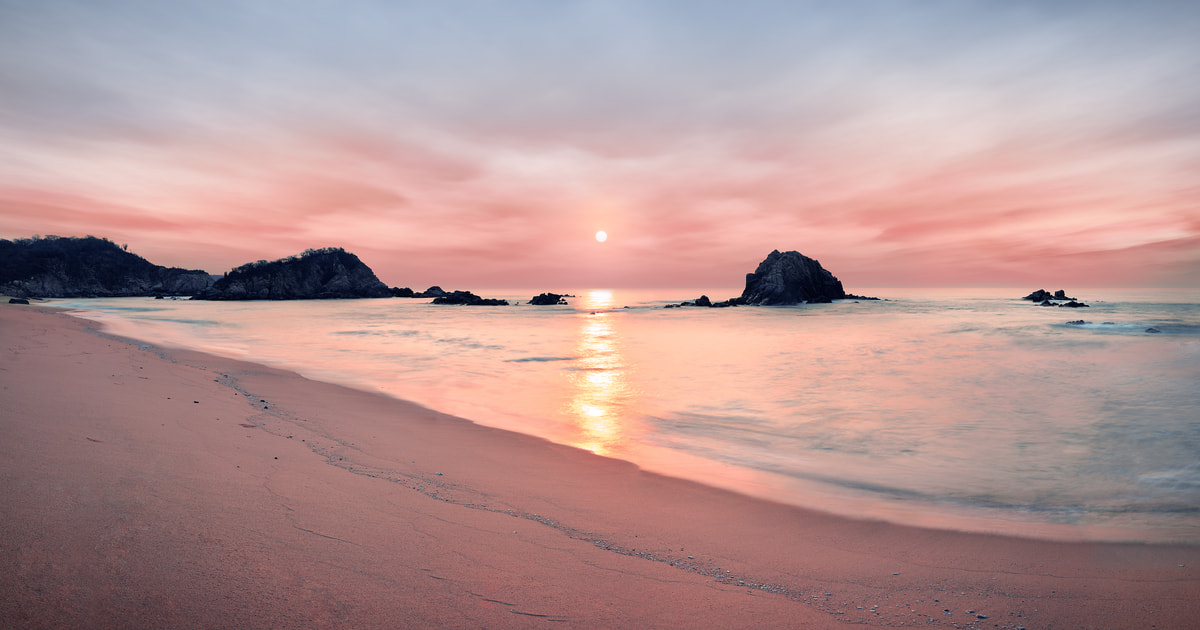 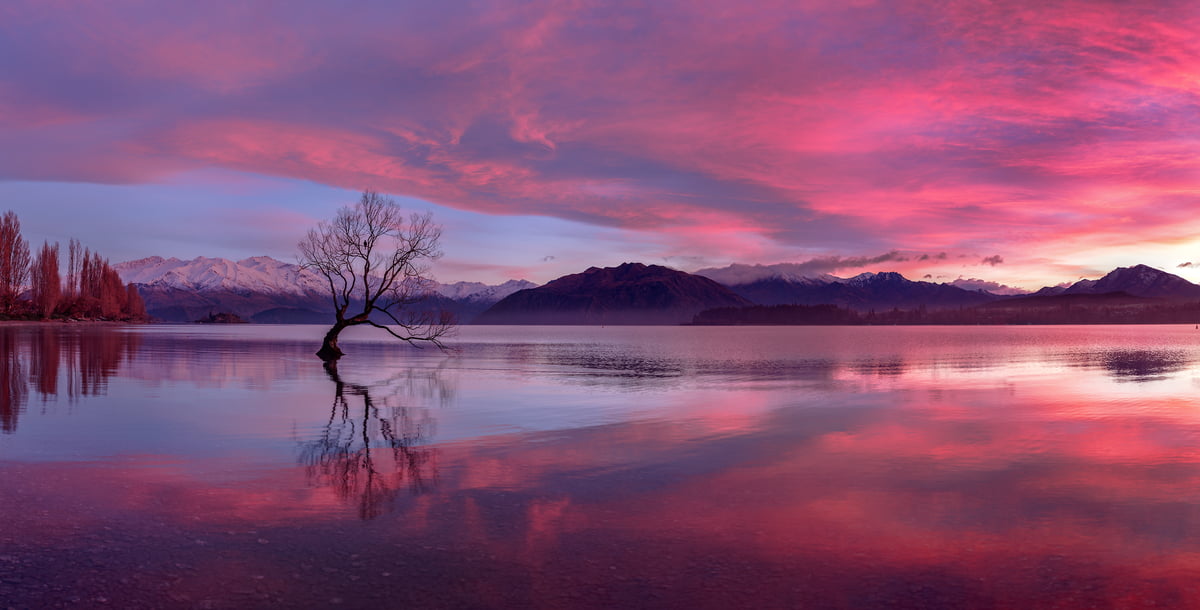