SHOP
Disable this screen
on all pages
This VAST photo is
4,295% HIGHER RESOLUTION
than a typical photo.
BUY

Chris Collacott
923 MEGAPIXELS
with frame:
LIMITED EDITION OF
Add to cart
CHAT WITH US TO PURCHASE
Contact
Customize
14-day return policy
Add to wishlist
View in person
Turn page intro back on 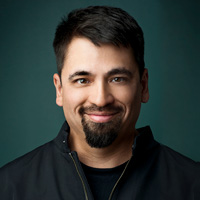 Accessible only by helicopter or full-day hike, the remote beauty of Mt. Assiniboine left me spellbound, having to pinch myself to believe it was real. The domineering peak towers above Lake Magog and a valley blanketed in Larch trees, unique to northern mountain latitudes. During one week in late September, they provide a short window for me to capture their brilliant and rare shade of golden-yellow foliage.

While our eyes are naturally drawn to the allure of the summit, visibility can be fickle, as this naturally-crafted wonder is at the mercy of the seasons, elements, and time. During my initial attempts to capture the perfect shot, rain and overcast conditions would obstruct the view, while blustering storms threatened to shed and disperse the delicate Larch needles from their branches.

Heavenly Divine took four attempts, as well as four separate trips over 3 years for full immersion within Assiniboine National Park’s enthralling backcountry landscapes. When the clouds parted, I was able to capture the blue sky during the day, the Milky Way at night, and every golden larch needle still intact. 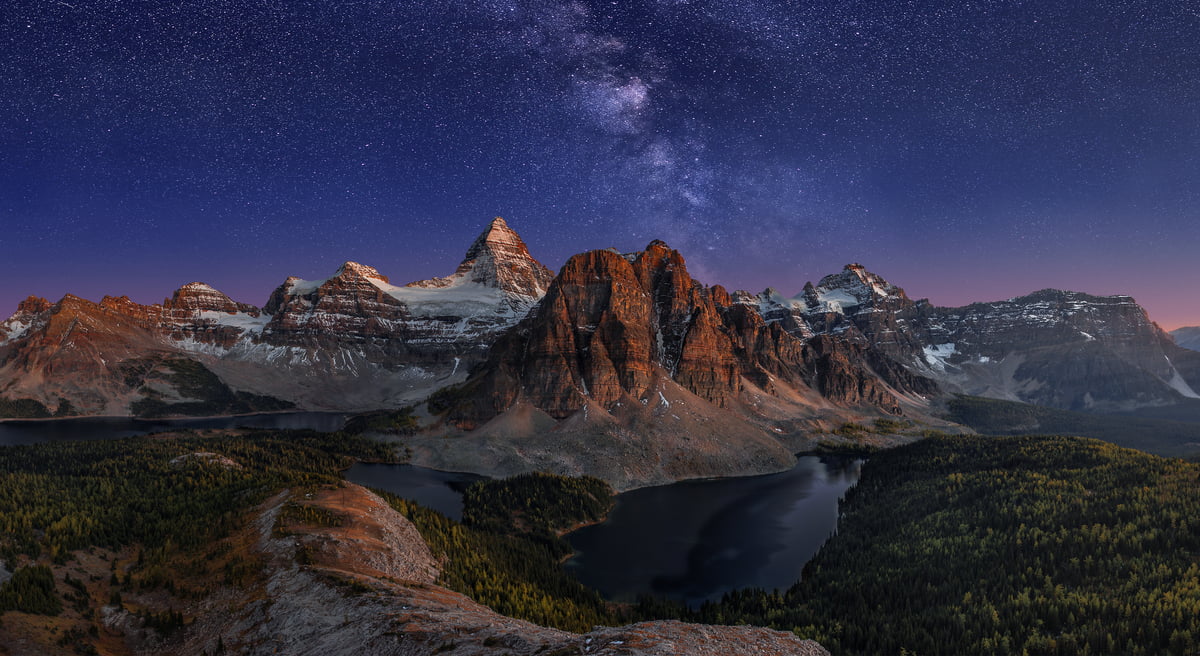 Its resolution is 4,295% greater than a typical photo. Click on the boxes below to zoom in. 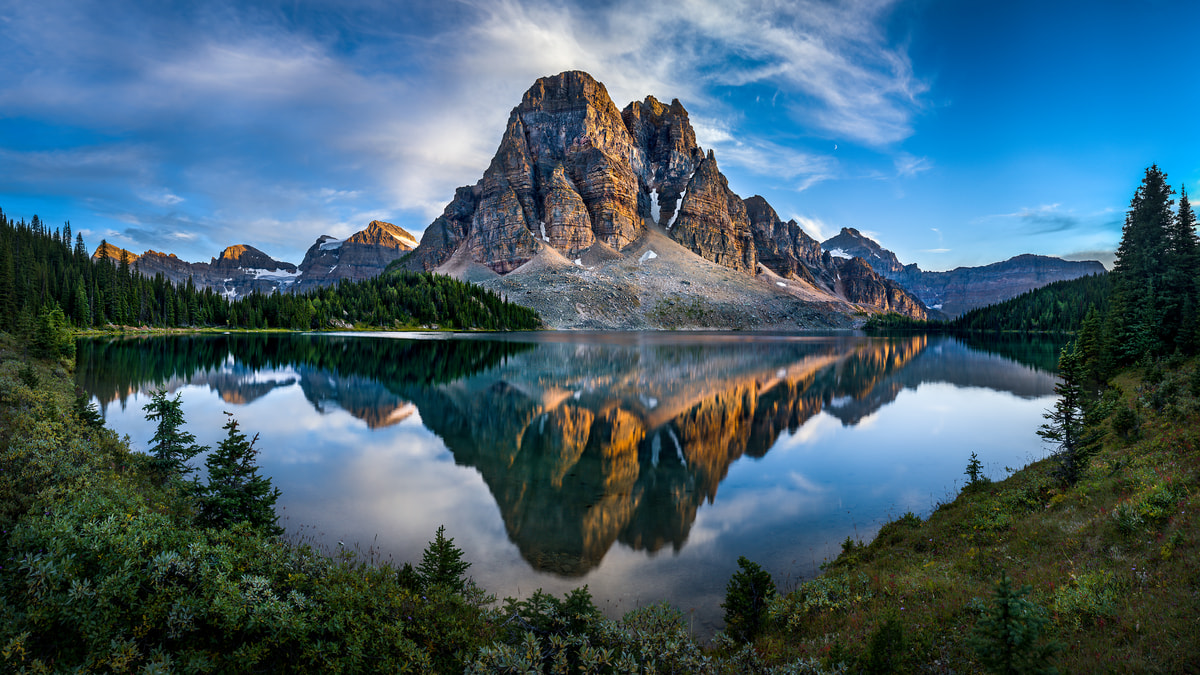 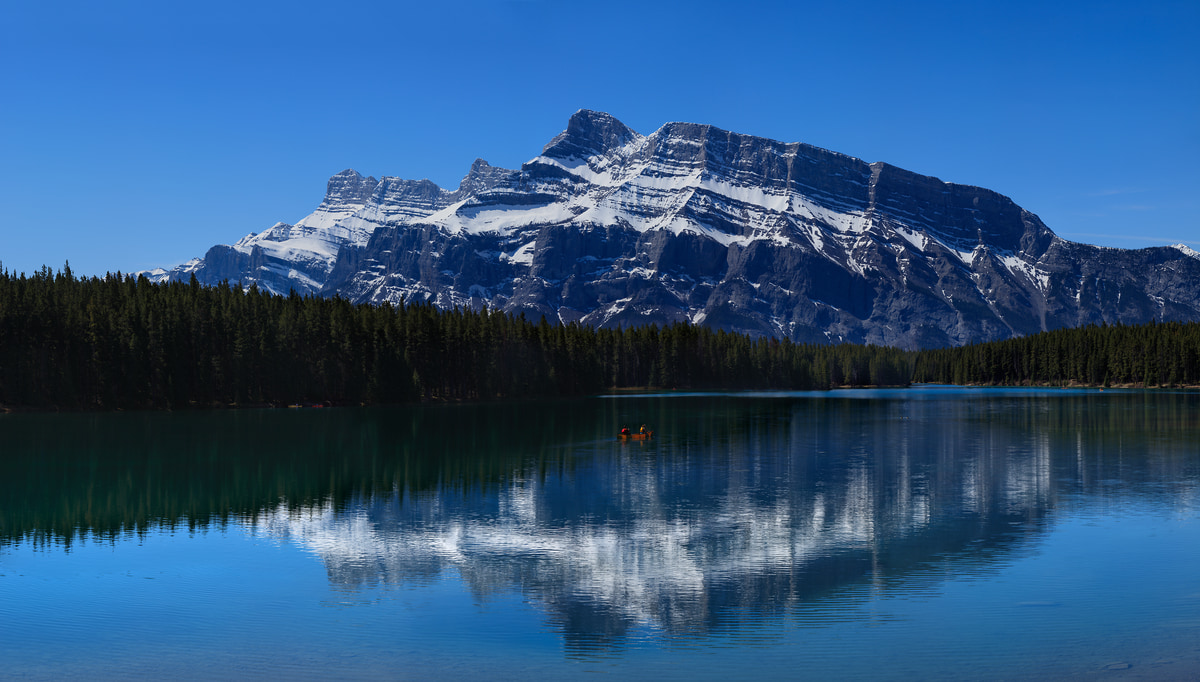 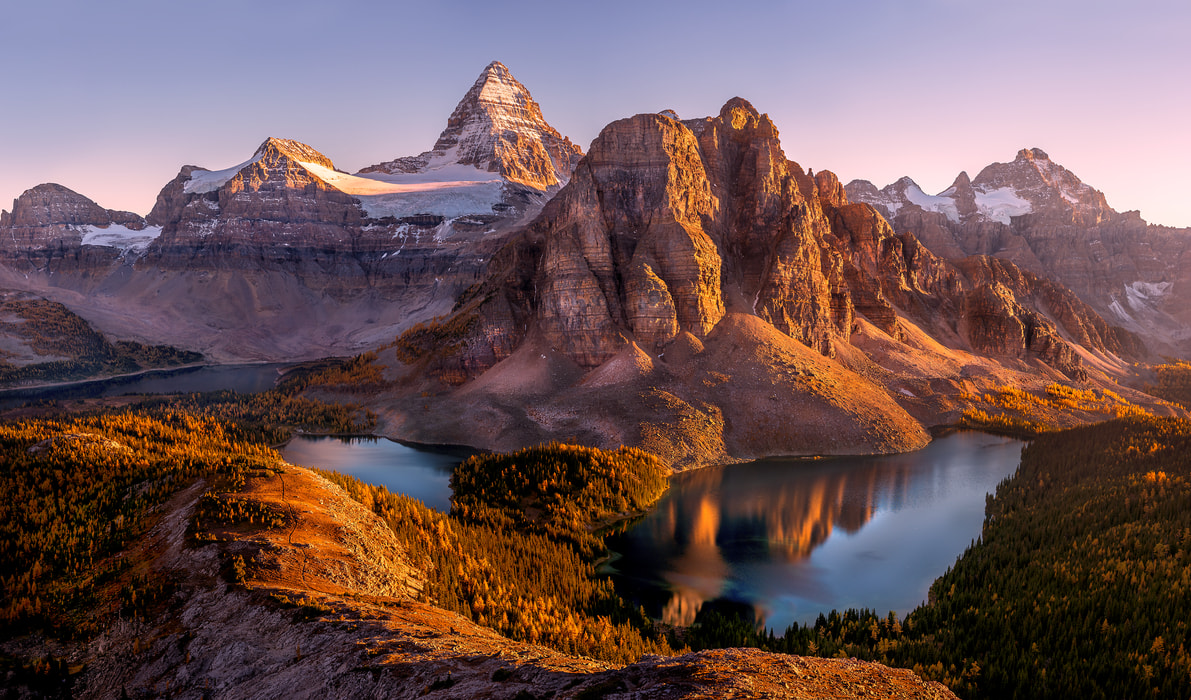 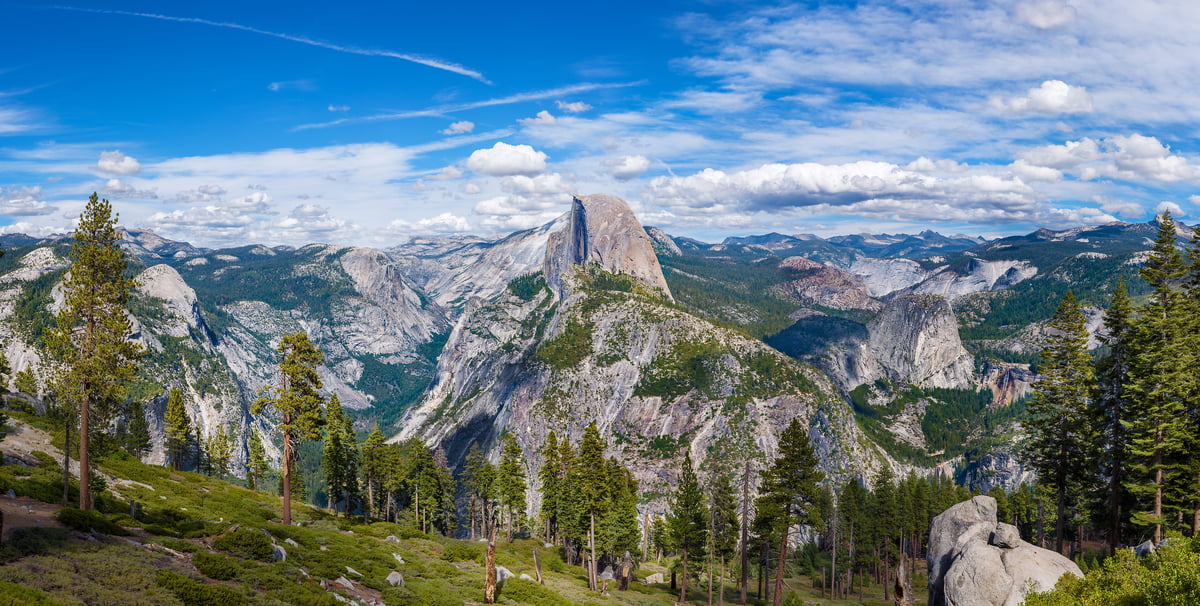 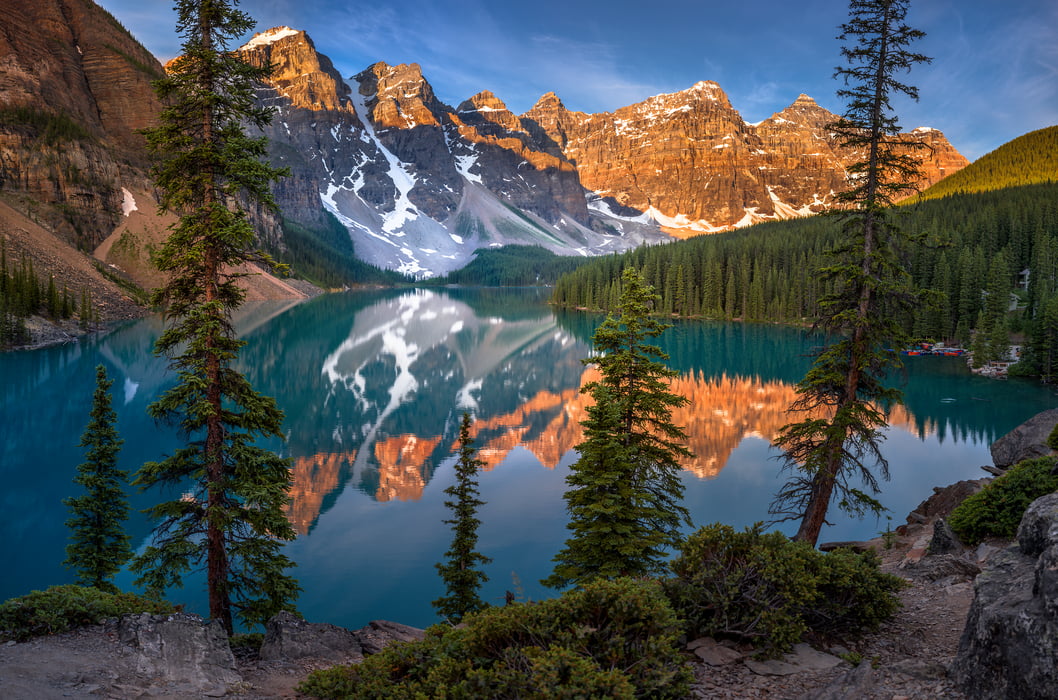