SHOP
Disable this screen
on all pages
This VAST photo is
13,385% HIGHER RESOLUTION
than a typical photo.
BUY

The sun dipped low on the horizon and we began shooting the first of the VAST photos that comprise this triptych as the city and sky alit with a with a beautiful warm pink hue. Shortly thereafter, with the sun significantly beneath the horizon, we created the second VAST photo at the time of evening when the brightness of the sky and the city are in perfect balance. Finally, after the last remnants of the sunlight disappeared, we created the third VAST photo of the skyline powered entirely by its own light. The photo on this page is an ultra-wide version of that third photo.

Its resolution is 13,385% greater than a typical photo. Click on the boxes below to zoom in. 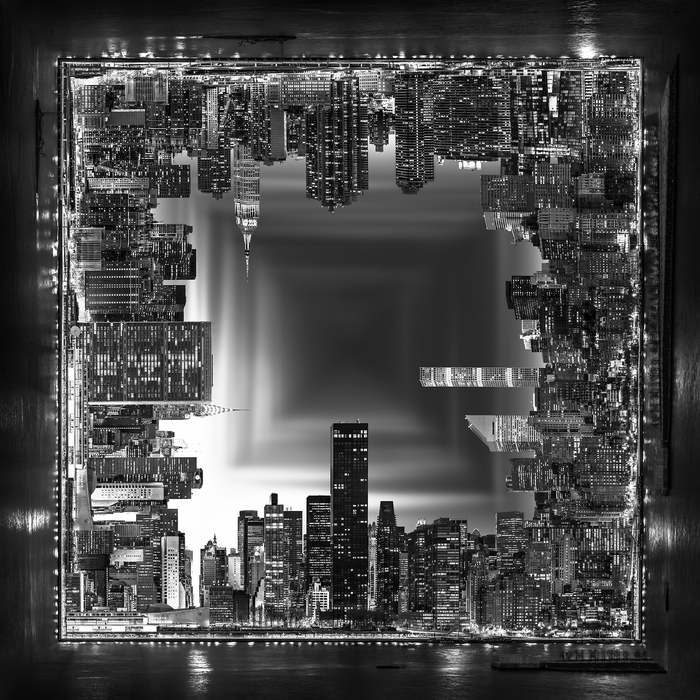