Its resolution is 976% greater than a typical fine art photograph. 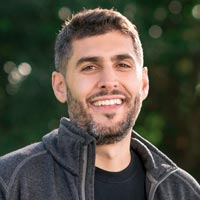 The Jefferson Memorial at the southern end of the Tidal Basin in Washington, D.C. This memorial is dedicated to Thomas Jefferson, an integral American Founding Father, one of the main writers of the Declaration of Independence, member of the Continental Congress and second president of the United States. The neoclassical architecture commonplace in Washington, D.C. is evident in this memorial with its circular marble steps, ionic order columns and shallow dome. It is open to the elements and managed by the National Mall and Memorial Parks division of the National Park Service.

The Jefferson Memorial attracts millions of people per year and is oftentimes thick with tourists contesting for limited space. The winter cold discourages many visitors and the early morning hours in the darkness even more; which makes it my favorite time to visit. The tranquil aura of the marble columns and bronze statue of Thomas Jefferson calls one to peaceful reflection, with the quiet lapping of the water of the Tidal Basin a distant song. I shared this space with only a passing officer of the U.S. Park Police making his rounds.

I wanted to incorporate all of the elements I love about the memorial in a single photo. The engulfing marble columns, the contemplating figure of Jefferson within the dome, and the Washington Monument in the distance. Using a moderate wide angle lens in a vertical orientation, I created this single-row 360° panorama with twelve images.

I enjoy this style as it doesn’t create obvious distortion because the vertical lines remain straight. It allows for a perspective that makes one look twice as to what they are seeing rather than the more obvious intent of a traditional photo. Those unfamiliar with the memorial and layout of the National Mall may not realize the Washington Monument is a full 180° from the Jefferson statue. This VAST technique allows for a perspective of which your eyes alone are unable to provide. The peacefulness of the early morning before sunrise completes the pensive mood of the scene.

This 226-megapixel VAST photo is one of the highest definition photographs ever created. It has a resolution equivalent to 109 HDTVs.